EN50155 standard “Railway Applications Electronic Equipment Used on Rolling Stock” is one of the two most used standards for DC conversion Equipment in Railway application. This European Standard applies to all electronic equipment for control, regulation, protection, diagnosis, energy supply, etc. installed on rail vehicles.RIA12 from UK, “General Specification for Protection of Traction and Rolling Stock Equipment from Transients and Surge in DC Control Systems” is also well-known as a point of reference for DC system designs in Railway application. Even though those standards are quite similar, the RIA12 requires higher input voltage than EN50155.

There are several battery systems in railway application.Those are 24, 36, 48, 72, 96, 110VDC.But the input voltage is not stable when the system is operating. Equipment powered directly from batteries with no voltage stabilizing device must function properly with input voltages that range from 0.7VN to 1.25VN during normal operation. The equipment must also withstand input voltage drops of 0.6(VN) for 100 ms and overvoltage surges of 1.4VN for one second that may occur during startup.

According to EN50155, there is a basic requirement for isolation voltage between input and output.Where Un is Battery System

According to the table shown as below required by EN50155, the power module needs to be designed to meet requiments of sorrounding environment and make sure temperature of the power module under the maximum rating.

Helios power supplies are ruggedly constructed and can be customized for specific mechanical requirements. Standard mechanical packages and ruggedization options include: 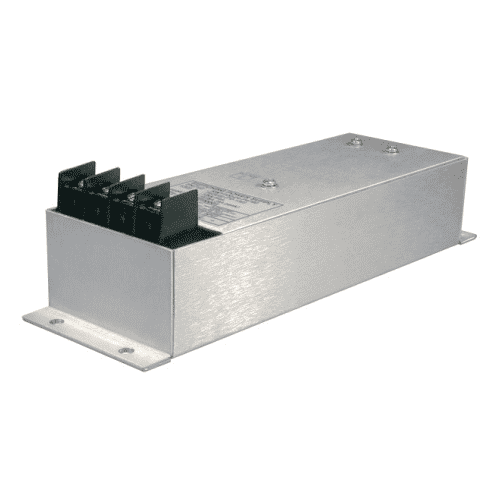 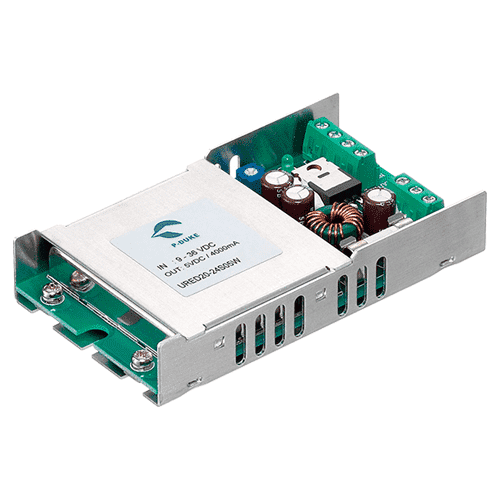 Up to 100W DC/DC Converters